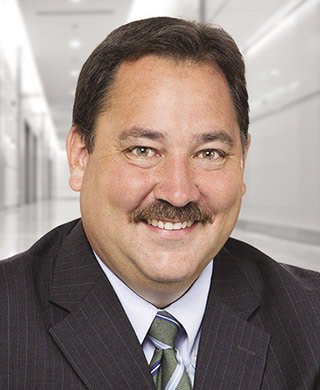 Rick spent the bulk of his career as a senior trial attorney with the U.S. Department of Justice Antitrust Division, and more recently with the U.S. Attorney’s Office for the Northern District of Ohio – experience that enables him to provide his clients with a valuable combination of practical legal counsel and government perspective. As a federal prosecutor, he spent his time building cases from the ground up. As a defense lawyer, he now uses that same skill set to deconstruct, unbundle, and defend investigations and cases brought by the government.

At the U.S. Department of Justice, Rick was a no-nonsense, hands-on prosecutor who led complex international, national, and local white collar criminal investigations and prosecutions against individuals and corporations. These included a number of high profile, industry-transforming matters. As a lead attorney, Rick has extensive first chair trial experience, including criminal antitrust trials involving price fixing, bid rigging, and market allocation. Rick also has extensive expertise in handling all phases of grand jury matters. For much of his career, Rick’s experience and expertise involved handling high-volume, sophisticated, document heavy investigations and prosecutions. He continues to handle these types of cases for his clients at Ulmer.

Widely respected as a federal prosecutor, Rick received the Office of the Inspector General Award for Excellence in 2009, for his role in the historic airlines price fixing investigation and prosecution, as well as numerous awards for sustained superior performance and individual or specific achievement. He was also handpicked for several prominent Antitrust Division-based trial groups and initiatives established by the Assistant and Deputy Assistant Attorneys General.